The best beaches that the locals are keeping to themselves

<p>Australia is graced with many miles of fabulous coastline, from the rugged and craggy inlets of the Kimberley Coast in the north to the sweeping stretches of fine white sand in the south. Some…

Australia is graced with many miles of fabulous coastline, from the rugged and craggy inlets of the Kimberley Coast in the north to the sweeping stretches of fine white sand in the south. Some beaches are famous - Bondi, St Kilda, Cottesloe and the Gold Coast are certainly on this list. However,  there are plenty of other beaches and coastal hotspots around the country which fly under the radar.

An Australia road trip is the perfect way to uncover the best beaches, whichever part of the country you are choosing to explore (although you might not have much luck if you head to Alice Springs). Take a look at these top five hidden gems in various parts of Australia and start planning your summer getaway!

All the way over on the west coast, this stunning beach is best reached with a car rental from Perth or Broome. It is simply stunning, there’s no better way to describe it: turquoise waters, glowing pale sand and a wonderland waiting underneath the waves for keen surfers. It’s not far from the town of Exmouth, and is pristine thanks to its location in the Cape Range National Park.

Turquoise Bay is reasonably well known, but we’ve included it in this list because of its isolation, far from any major cities. The entire western coast of Australia is one hidden gem of beachy goodness after another - so if you are wracking your brains for a road trip destination this summer, wrack no longer. 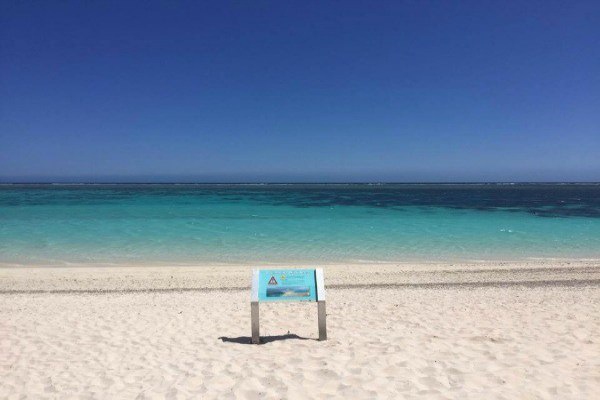 The southwest corner of Australia is full of amazing places, and there’s more than just Albany and Esperance. Tucked away in Cape le Grand National Park is the idyllic Lucky Bay, where kangaroos have been known to come out and sunbathe on the sparkling white sand. Does it get much more Aussie than that? The sand is almost pure white, a spectacular contrast with the green and blue, and the waters are quite sheltered for swimming and boating.

You can reach Lucky Bay with a car rental from Perth or Adelaide and a coastal road trip, or book a regional flight to get into nearby Esperance and make the short drive. There is a great camping area at the bay, so pack a tent or grab a motorhome rental! 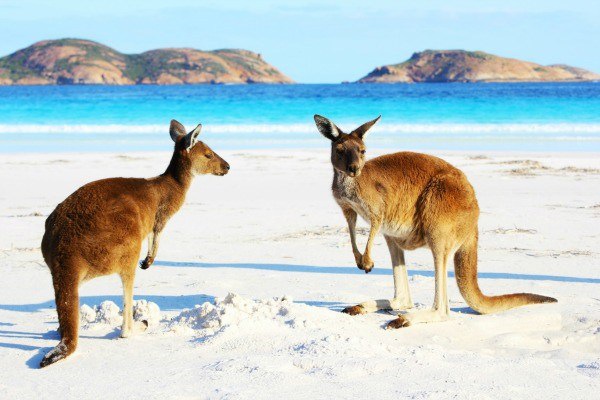 You can visit a beautiful and secluded beach without even leaving Sydney! Eschew the crowds of Bondi and head to the gorgeous little Milk Bay in the Sydney Harbour National Park, in the suburb of Vaucluse. It’s a relatively well-kept secret amongst locals, backed by the historical Strickland House and its verdant grounds. It offers some great views of the city across the harbour, along with opportunities for swimming, snorkelling and access to the Hermitage Foreshore Walk, which connects to nearby Shark Beach.

A Sydney car rental can get you to Milk Bay - just find a place to park in the nearby streets and walk down to the sand. This is the perfect escape if your travel plans aren’t taking you out of the city to the more remote stretches of coast! 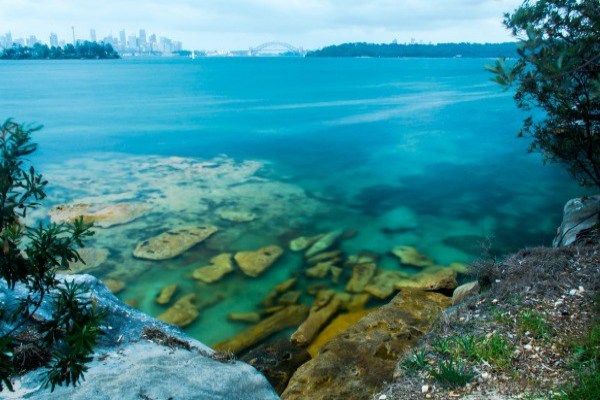 Three hours’ drive south of Sydney, this beach has a place in the Guinness Book of Records. It is reported as possessing the whitest sand in the world - so you can imagine that it is visually stunning bit of coastline. There is a lovely seaside town by the same name behind the beach, where you can park your rental car and even find a place to stay for a few days, and the southern end of the beach is backed by native bush, the strip of blinding white separating the dark green from aqua blue ocean. Seriously, it looks like salt.

Pick up a car rental in Sydney or head to the coast from Canberra to visit the gorgeous and record-making Hyams Beach! The Jervis Bay area is great to explore with your own set of wheels, with a number of national parks, beaches galore and wildlife spotting opportunities.

If you can’t make it all the way to the better-known Wineglass Bay at Freycinet, you can visit this hidden gem of a cove just 1.5 hours drive from Hobart. Although slightly smaller, it is a similar perfect curve of sand, with dramatic sand dunes rising into dark green native bush. The water is crystal clear, and there is that distinctive wild Tasmanian vibe that will make you feel like one of the few humans who has ever sullied the sand.

The bay is accessible by a short stroll from Remarkable Cave, so get your walking shoes on and head on down to enjoy this little-known stunner of a beach. 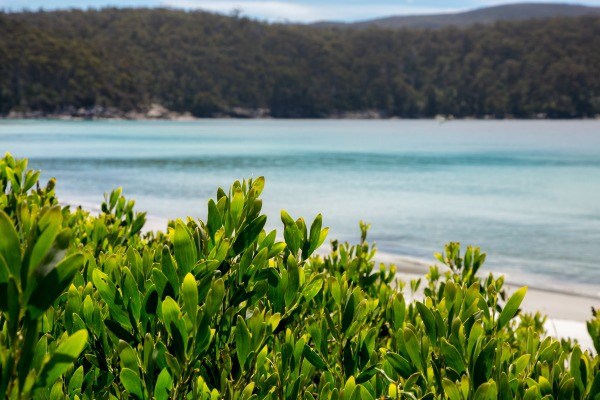 Between the small, friendly and curiously-named towns of Agnes Water and 1770 (Seventeen Seventy) between Bundaberg and Gladstone on the Queensland coast lies a long stretch of surf beach, with plenty of space for all comers to spread out and enjoy that laidback Australian vibe. These towns aren’t huge on the tourist trail, but many locals come to enjoy the pristine beach, the charming sleepy towns and the lovely sunrises and sunsets.

To find this local treasure, pick up a Brisbane car rental and start a road trip up the Queensland coast - be prepared to come across many other wonderful spots along the way! You’ll have to head off the main highway after Bundaberg to take the smaller routes into Agnes Water. 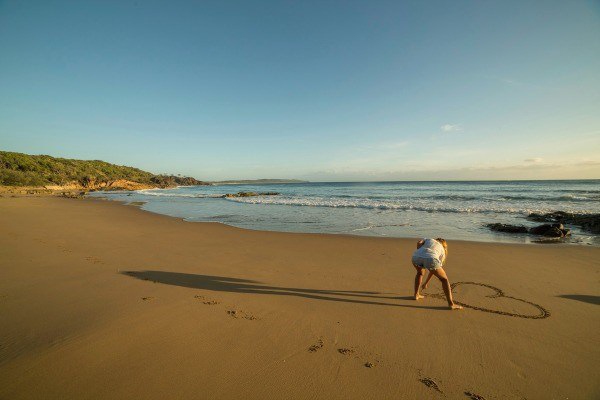 This one’s for the true adventurers - you aren’t likely to stumble across this on a short road trip, located as it it several days’ drive from Darwin in remote Arnhem Land. If you do find yourself in this part of the country, congratulate yourself on your intrepid spirit and then visit these beautiful sands, complete with the distinctive cone of East Woody Island (Dhamitjinya) which connects to the mainland by sand banks.

Note that you will need a recreation permit from Dhimirru prior to visiting the area. It is well worth the effort! The beach is accessible by road from the nearby town of Nhulunbuy, and there are car parks at either end and in the centre so you can find a secluded spot. 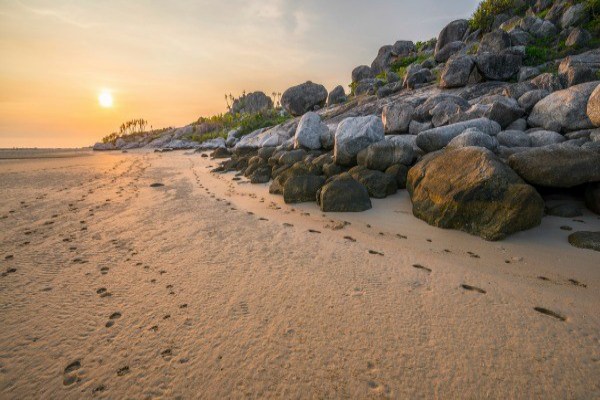 This beach does in fact have one claim to fame, but it’s one that tends to keep the crowds away rather than draw them in! Right near the wine region of McLaren Vale in the very southern reaches of Adelaide, it was the first nudist beach in the country, officially declared as such in 1975. This means that you won’t find too many kids running around - but the area for nude sunbathing is located at one end of the three-kilometre beach, so if you aren’t too concerned about seeing a bit of flesh, you can easily enjoy the gorgeous beach. It has the best of both worlds: Close to the city, boasting toilets and showers and a cliff-top car park, but in a pretty natural setting with stunning striped cliffs at one end.

Get going with an Adelaide car rental and you can enjoy the delights of Maslin Beach and McLaren Vale. It’s a perfect day trip for those who don't have the time to head too far out of the city! 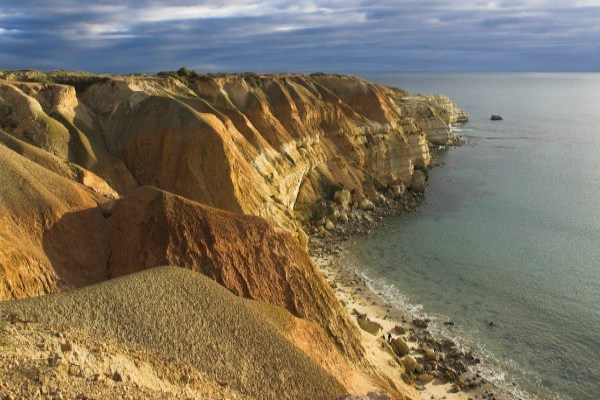 Whichever beach you choose to make your summer complete, Airport Rentals Australia can get you there. Happy travelling, and keep safe on the roads!